An analysis of saffron production and performance in Afghanistan and its prospects
Afghan saffron; Air of competition with Iran or fuss for nothing?
4 reasons why worrying about the growth of saffron in Afghanistan is a magnification that has been repeated many times!

The growth rate of saffron in Afghanistan is not slow, but the exaggeration about the risk of growing saffron production in Afghanistan and creating restrictions for Iran is much greater. Magnifications that seem to be done mostly for side purposes. As we will examine, firstly, the current level of production as well as production capacity in this country is low, and secondly, the performance at the level is sharply declining. Secondly, the programs of international and Western institutions in this country are not very extensive and it is unlikely that the programs to support saffron cultivation in Afghanistan will continue in the current situation with the previous seriousness. The suggestion of the world of saffron is that instead of intimidating, restricting the export of inputs to this country, as well as spreading false or exaggerated news, it is better to strengthen ourselves and develop the country’s competitive advantage. If the yield at the level of saffron in the country doubles and reaches 6 kg per hectare, Afghanistan will definitely not be able to compete with us by producing 2 kg per hectare.

The chart below, prepared using statistics released by the Afghan agricultural authorities as well as surveys of the world of saffron, shows that the growth rate of cultivated area in Afghanistan is higher than the growth rate of production, and as a result, yield is reduced to about 4 Kilo per hectare has been halved and has now reached the range of 2 kg per hectare. This issue has also occurred in Iran and during the last 45 years, the yield at the level of saffron has decreased from 6 to 3 kg. But in Iran, after the stabilization of production at high levels, this has happened, and of course the level of production is still economically viable. But in Afghanistan, early decline in performance can hinder product growth 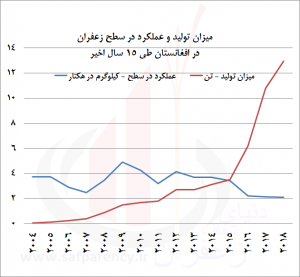 Normally, with the spread of cultivation, disproportionate lands are cultivated, which reduces the yield on the surface. The decrease in yield in our country is also analyzed by some of the same path, ie the expansion of cultivation to disproportionate and unproductive areas (from south to north of Khorasan). Although Afghan officials have stated that saffron production capacity in the country is 70 tons, the sharp decline in yields indicates that for this purpose, they have planted more unsuitable lands and unsuitable areas under saffron cultivation; This issue, if continued, will destroy the economic viability of saffron production in this country. 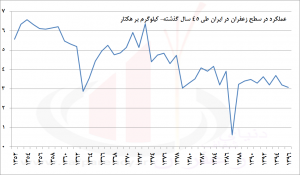 International development organizations (including those affiliated with the United Nations) have designed and announced various development programs for the country, the aim of which is ostensibly to reduce the dependence of the Afghan people on poppy as well as economic development. The British Office for International Development (DFID), the Afghan Refugee Assistance Program (DACAAR) and the International Center for Research on Dehydrated Areas (ICARDA) and the Alternative Livelihoods Research Program (RALF) are some of the projects and institutions that In the last decade (until 2010), they did not include saffron in their plans. But now there are serious doubts about their intentions as well as their influence (due to the Taliban’s takeover of half of Afghanistan). In addition, it seems that these institutions are more focused on the development of trade and export of saffron than production. The sharp rise in saffron yields in Afghanistan in the new decade also shows that their production and productivity development programs have not been very successful. 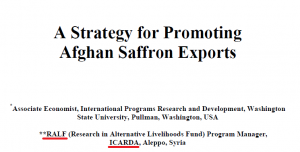 Lotf A. Rashed, a spokesman for the Afghan Ministry of Agriculture, had previously said that “Afghanistan has a total production capacity of about 70 tons of saffron per year and will earn $ 200 million a year.” Accordingly, in the worst case, if the forecast of 70 tons of Afghans is fulfilled and Iran’s production is stabilized in the range of more than 400 tons, the eastern neighbor will have a 15% share of the saffron market. Therefore, the market share of Iran will be reduced to 70%, which again means the domination of Iran. Therefore, if monopoly is to create an advantage for the country, then it will be possible

4- Did the monopoly of production have an advantage for us?

The final and very important point is that Iran, despite having a share of over 90% of world saffron production, is not able to determine its world price! In this situation, if our share is 70%, we will not have a new problem; Because we do not use this capacity now. I wish we could seek to resolve the main bottlenecks and bottlenecks of the red gold industry, instead of creating problems out of nothing.

The result is that so far the monopoly of production has not had any advantage for Iran and therefore more production of Afghanistan, even if realized, will not create any problem (new problem) for us.

What is the fuss about?

With these interpretations, what is the reason for all this fuss about the emergence of saffron in Afghanistan? Here are some important reasons:

Many inside, in order to put pressure on the authorities and gain some support, have to complicate the situation and make the rival very capable.
Some have also appeared as experts and mainly re-categorize and deliver the words of the first group! This issue, along with non-specialized media, has led to the production of a large amount of media content in this regard, none of which has even a simple statistical review of the situation and trends!
According to some evidence, in Afghanistan, Iran’s saffron export program is more serious than its production. But to export in their own name, they need to maneuver their country’s production, at least at the media level. A similar scenario exists in China (albeit with the issue of greenhouse cultivation). Therefore, the source of some atmospheres may be Afghanistan itself to suggest that it is a major producer of saffron and the products it exports belong to itself.
Looking for competition or fair competition?

Apart from all this, and assuming that Afghanistan is really a serious competitor for Iranian saffron, what should be the optimal strategy of the country (government and private sector) in this regard? In the world of saffron, measures such as banning onion exports and repeated warnings from officials about the spread of cultivation in the eastern neighbor are not at all beautiful. Why should we worry and also prevent the production of a product in another country? Isn’t it better to strengthen ourselves instead of destroying the rival, so that in the future we can both benefit from the interests of a growing industry alongside this country? If the level of yield in the country does not fall below 3 kg per hectare and gradually grows up to 6 kg, it is unlikely that any other country will be able to produce saffron more economically than Iran. 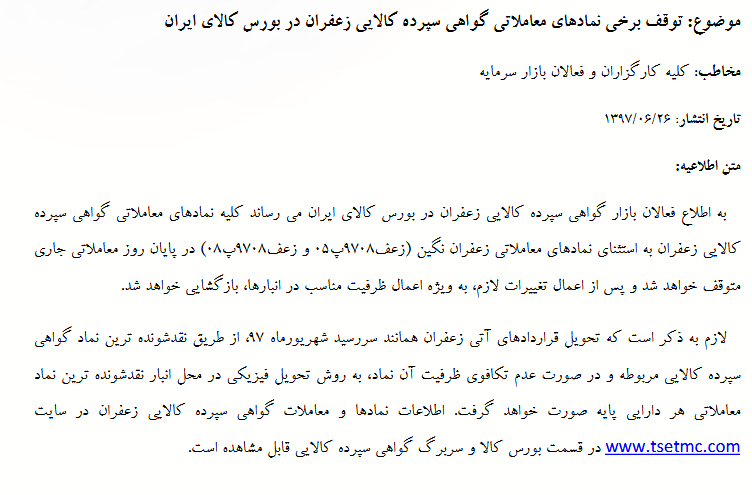 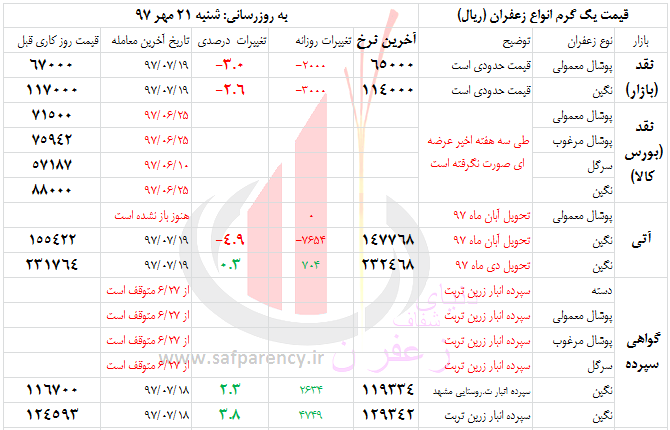