The price of a kilo of saffron in Afghanistan dropped from $ 1,500 to about $ 500
The reason for the decrease in the price of Afghan travel; Market mafia or increase production?

Meanwhile, the price of saffron in Herat has dropped from 100,000 afghanis to 37,000 afghanis, which some believe is due to increased production, while others blame the market mafia, but it seems to be the main reason for the rise in prices. This red gold is said to be a combination of two factors.

Herat; The heart of Afghan saffron

According to the Mizan news agency, saffron in Herat was selected after research in the field of alternative cultivation of drugs and after many efforts, the production of this product has increased from 10 tons to 13 tons last year. The main center of Afghan saffron cultivation is Herat, and at present farmers in Herat are very interested in cultivating this crop. “Abdul Sabur Rahmani,” the head of Herat’s agriculture department, said in this regard: “Herat saffron is increasing in quality every day with the introduction of new planting systems and basic training for better planting.”

Price reduction to a third of a year ago

But this year, despite an increase in saffron harvests in Herat, farmers in Herat have reported a drop in the price of a kilo of saffron from 100,000 afghanis to 37,000 afghanis, and say exporting companies have colluded in lowering prices, which has hurt farmers. Is. “Toryali Taheri,” the deputy head of the Herat Provincial Council, also stressed that the deliberate reduction in the price of saffron in Herat would eliminate the motivation to plant saffron in Herat. He said: “Planting, selling and exporting saffron in Herat is in the hands of the mafia of this market and this issue is worrying and the Ministry of Agriculture must take the necessary action in this regard.”

In this regard, “Bashir Ahmad Ahmadi” in charge of promotion and control of Herat Agriculture Department said: the main reason for the decrease in saffron prices in Herat is increased production, low capacity of commercial companies to buy saffron and poor economic situation of farmers in Herat. He stressed: The Ministry of Agriculture is trying to create a favorable environment for the sale and export rates of this expensive plant in Afghanistan. However, in Afghanistan, especially in Herat, the lack of proper packaging and the lack of a laboratory to determine the quality and standardization of saffron are among the major challenges to the export of this valuable plant. 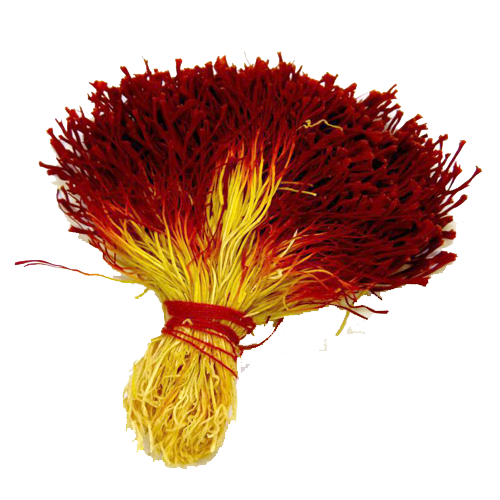 The price of Iranian “export” saffron is irrelevant to the “dollar”; Everything in Rials!

Why did the price of saffron in bourse increase? 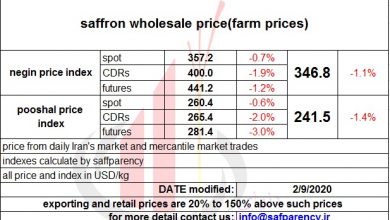 Saffron price in the Iranian market; What is happening in the saffron market?