According to donyaye zaferan , 80% of women in Pashtun Zarghun city of Herat province are engaged in saffron cultivation and processing. They are trying to sell their produce in world markets by expanding the cultivation of this plant. To further discuss the situation of saffron-working women in this city, we have arranged a conversation with Azita Salimshahi, the head of the Pashtun Zarghoon Saffron-Working Women Company, which you can read below.

Question: Since when have women in this city started cultivating and processing saffron?

Question: What is the exact number of women engaged in saffron production in the Pashtun city of Zarghun?

Answer: Because there is no other business in Pashtun Zarghun that women can be engaged in, I can say that half of the women in this city are engaged in saffron cultivation and harvesting. 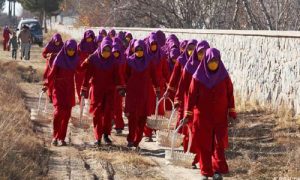 Question: What are the advantages of women’s role in saffron production?

Answer: In this city, only one company, along with dozens of companies, has been established by women and they are engaged in growing saffron. However, the presence of women in the same company has been able to have advantages. Community service, group and team activities, and economic cooperation that have helped their families’ economies thrive are some of the benefits that this activity has had for women.

Question: You mentioned that about half of the women in the Pashtun city of Zarghun are producing saffron, why is their presence in the trade of this plant low?

Answer: Due to the customs of our society, women are still limited. Establishment of saffron companies due to having many responsibilities, including establishment, communication with male and female customers – domestic and foreign, foreign trips and less in Pashtun Zarghun and less women are allowed by companies to establish more companies Turn around. However, 80% of saffron-related activities, including cultivation, harvesting, processing and packaging, are carried out sporadically by women.

Question: What is the amount of saffron production and market in this city?

Answer: Due to the advent of Corona, not only women but also men have reduced their saffron sales. Closing borders and not exporting saffron to other provinces and countries has caused saffron producers to sell their products at a very low price, which sometimes does not even cover the cost of production, let alone for themselves and Have an income for your family. For this reason, the situation of the saffron growers of Banu and Agha in Pashtun Zarghoon is not satisfactory.

Question: What are the challenges facing women in the Pashtun city of Zarghun?

Answer: Lack of security, family restrictions, lack of professional training, lack of institutions supporting women in business and lack of cooperation of national and international institutions are among the challenges of women in this business. Worst of all, the low price of saffron in the market. Today, if women do not have any problems in the cases I mentioned earlier, the low price of saffron has taken away the motivation to do this business. Selling saffron at a low price is not even the answer to its production costs.

QUESTION: What do you think is the way out of these challenges? And what do you expect from the government and institutions that support women in resolving these issues?

Answer: My request to the Ministry of Agriculture, the Ministry of Women’s Affairs and the institutions supporting women in the field of agriculture is to provide more support to this group. The presence of women in society is essential. This allows women to make the most of the few resources available to them, achieve financial independence, and help men in the family earn a living. There must be countless ways for women to succeed in business as well as men. The government and supporting institutions should make vocational training in agriculture available to women so that they can carry out their activities professionally. And most importantly, the government must work to eradicate unsavory customs from families. The presence of women in society, in my opinion, reduces domestic violence. Women who do business in the community have fewer family problems. The government must have many plans in this area.

Also read about saffron in Afghanistan :

Afghan saffron father dies; The President of Afghanistan sent a message of condolence

To see the latest price of saffron in the Iranian market, refer to the following link: 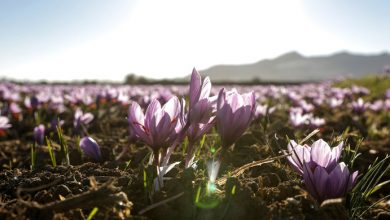 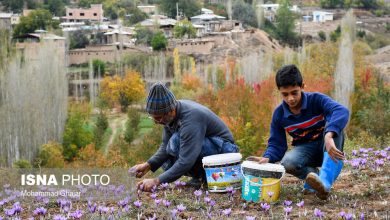 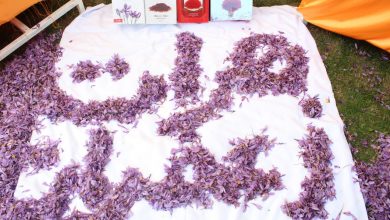